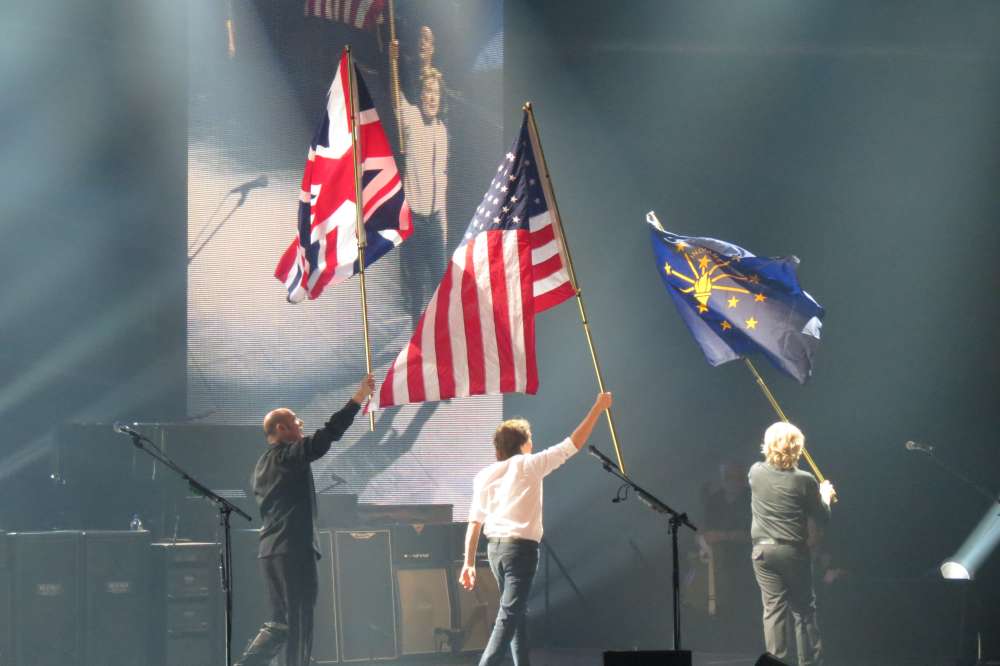 After the big “Hey Jude” sing-along, the entire band came out and took a big bow and waved and walked off the stage. Of course that didn’t stop the crowd from cheering for several minutes and with “Yesterday” still unsung he had to come back. This was the first time since the beginning of the show over two hours prior that McCartney left the stage at all. It wasn’t too long before they all returned. As they came on stage they were waving large flags. They had American, British, and state of Indiana flags that they waved to thunderous applause. Finally after handing off the he picked up a guitar and the show continued. 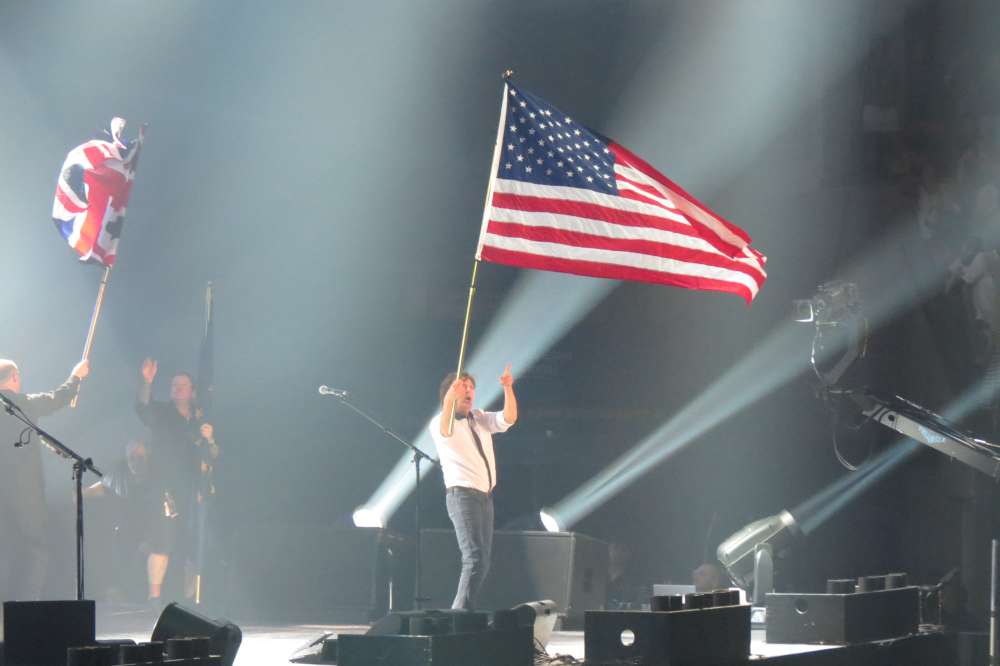 “Day Tripper” 1965 Beatles single on compilation album “1962-1966 (The Red Album)“. Okay we are back in Beatles mode yet again. I didn’t cry with this one but it definitely transported me back to a place and time in the 60s. I always loved the double entendres of this song. Also had a particular question about one of the lyrics (“she’s a big teaser”) and after reading the Wikipedia article, I see that the lyric was changed from a raunchier one. That means we got the message even if they did change the lyric 🙂 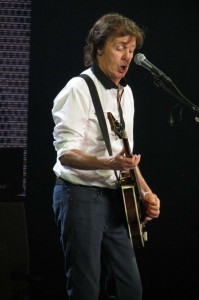 “Hi, Hi, Hi” 1972 Wings single. This is a heavy rock ‘n roll song is a great one for an encore performance when everybody is all fired up. They did a rousing version. Check the Wikipedia link to see how the BBC banned this song from the airwaves.

“I Saw Her Standing There” 1963 Beatles album “Please Please Me“. Now we’re all the way back to the beginning. This was the first track on the first Beatles album and a longtime favorite of everyone including me. It had McCartney’s signature screams of “Wooooo…”. Again I didn’t cry for this one but it didn’t transport me to another time and place yet again.

I recently enjoyed watching a special on PBS where McCartney was given The George Gershwin Award for songwriting at a special ceremony at the White House. A variety of artists were invited to come in and perform various McCartney songs in tribute to him as he was given the award. But they also invited comedian Jerry Seinfeld to come in and do a few jokes. Apparently McCartney is a big fan of Seinfeld. He started off by saying how much he loved McCartney’s work but he wondered if some of the lyrics were just a little bit suggestive. Quoting from the song Seinfeld said “‘She was just 17 if you know what I mean.’ No Sir Paul… Just exactly what do you mean? This all sounds a little creepy to me!” I about laughed my ass off when I heard the joke originally and I couldn’t help but giggling throughout the whole song thinking about what Seinfeld had said.

At some point during one of the encores (I cannot exactly determine when) Anne turned her camera towards the balcony and took the photo below. When she first brought me the photos I skipped through them rather quickly and when I saw she had taken a photo of the audience I just thought it was an ordinary crowd photo. I didn’t notice it right there in the middle of it was me in my yellow shirt and Judy sitting to my right in her blue and white stripes caught in mid clap. 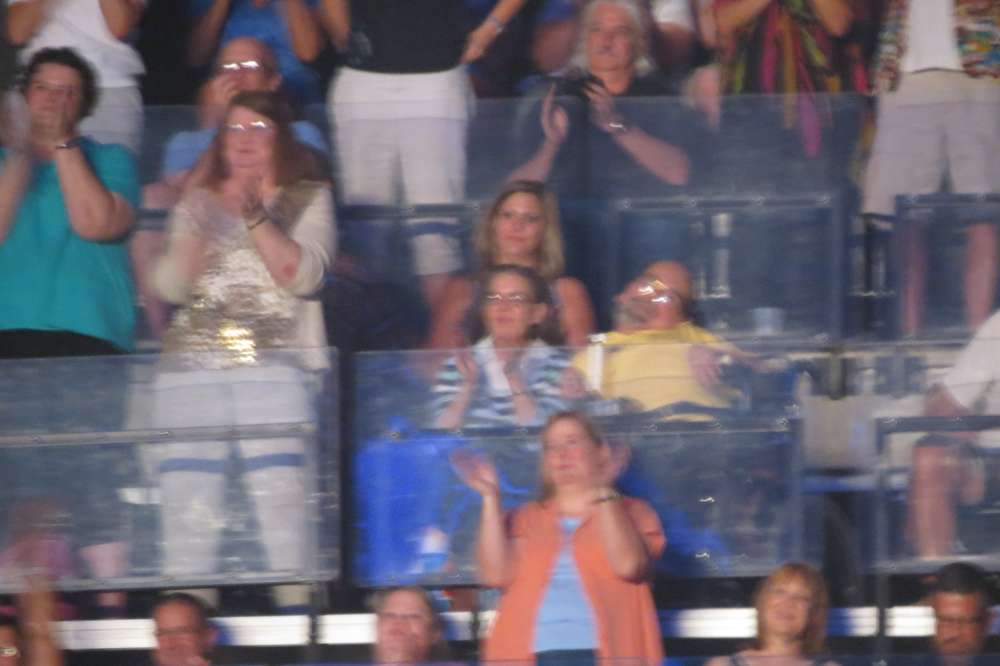 Judy and I in the balcony. Photo by Anne Chapman

After “I Saw Her Standing There“, the band took another set of bows and walked off stage again.
To be continued…